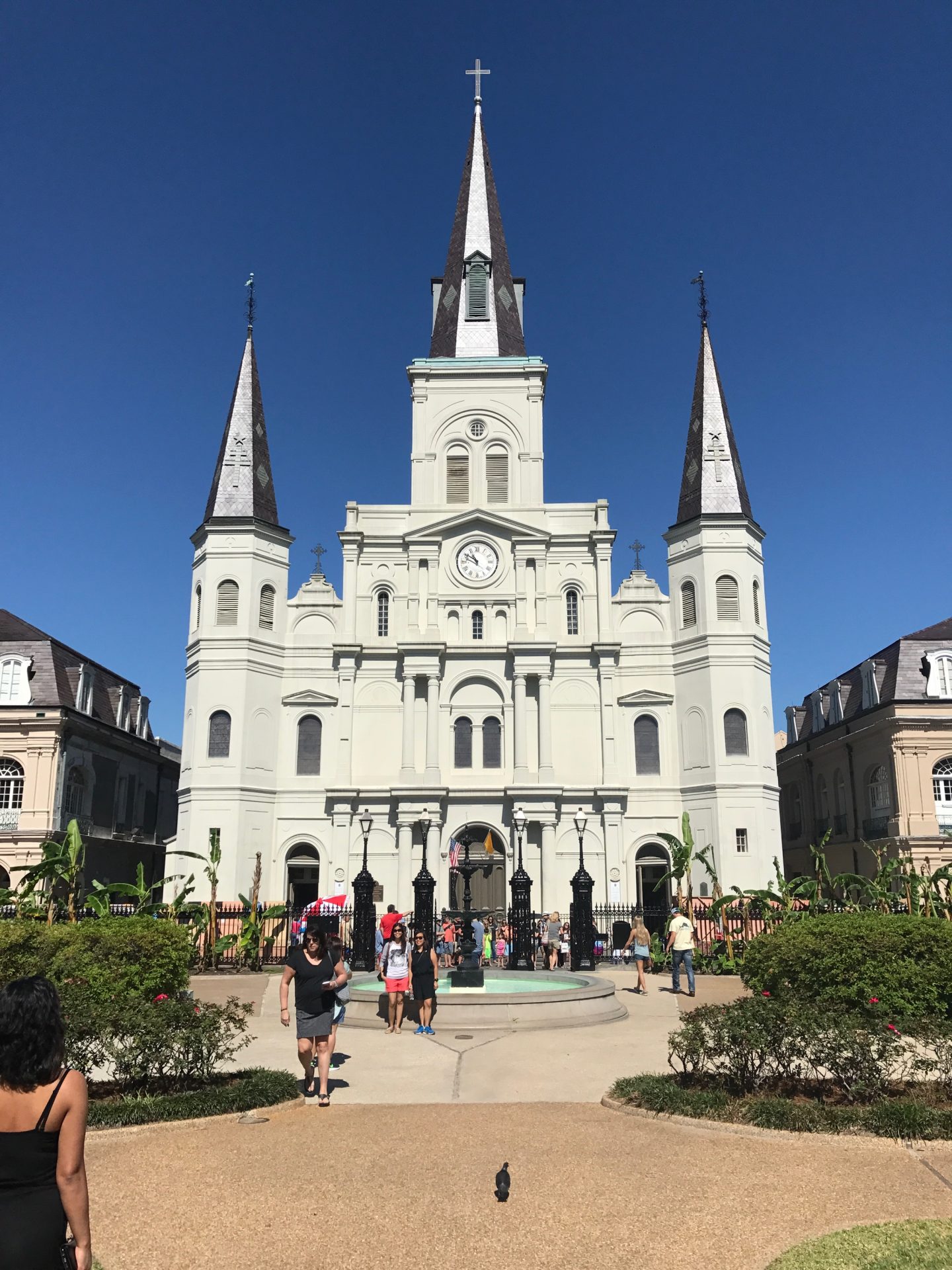 As parents to a very energetic 9 year old, and still newlyweds, sometimes we’ve just got to get away on our own. This trip to NOLA was a long time coming. Originally, we were supposed to go in January, but Jack woke up the morning of our trip with the flu. We have an annual flu shot debate in our apartment. Michael is pro, I’m against. Next year, I may have to rethink my strategy. Filed under “things happen for a reason” we made it to New Orleans on a weekend where the weather was just spectacular, a non-humid 78 degrees. And the city was happening but not too crowded. We started our weekend with a really ambitious itinerary that I had curated when we first planned to go. I’m a stickler for having a plan. Not to the point that the plan must be followed but I keep us just planned enough that we avoid the “What should we do now?” “Where should we eat?” time wasting conversations.

Where We Stayed: The Ritz Carlton

Where We Shopped: Saks Fifth Avenue, The Museum of Death, Pepper Palace

A few footnotes, skip the line at the Café du Monde in Jackson Square and visit the quieter Riverwalk outpost. If you go for a meal at Commander’s Palace prepare yourself for the nicest staff you will ever encounter. This restaurant was beyond busy but any time you passed a member of the staff they would take a second and say hello. The epitome of southern charm. And, Ladies, bring flats! Those cobblestone streets can be dicey after a few hurricanes!